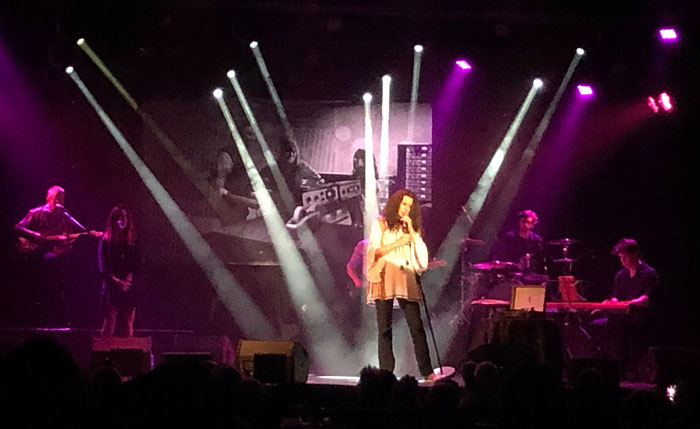 Of the many shows where you might see Bob playing guitar, two of the most exciting are ‘Tapestry – The Concert’ and the more intimate performance ‘Nicki Gillis sings Carole King’. Pictured above: Nicki and the band on stage at The Juniors (photo by Laura). Below right: Suzie Leigh and the band at Club Burwood. 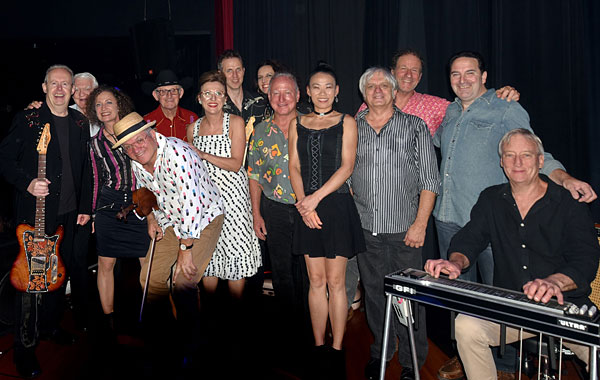 Bob was in full Aussie mode for the 2019 Australia Day weekend of celebrations at the Canterbury-Hurlstone Park RSL Club in Sydney. On the Sunday afternoon, Bob and AIMEE HANNAN (pictured below) performed a special acoustic all-Australian music version of the ‘Sunday Sessions’. The previous afternoon, Bob had performed with the ‘Greg Hooper All-Star Band’ (Greg, Bob, Peter Gray and Merv Dick) in concert along with the Australian music icon LITTLE PATTIE. 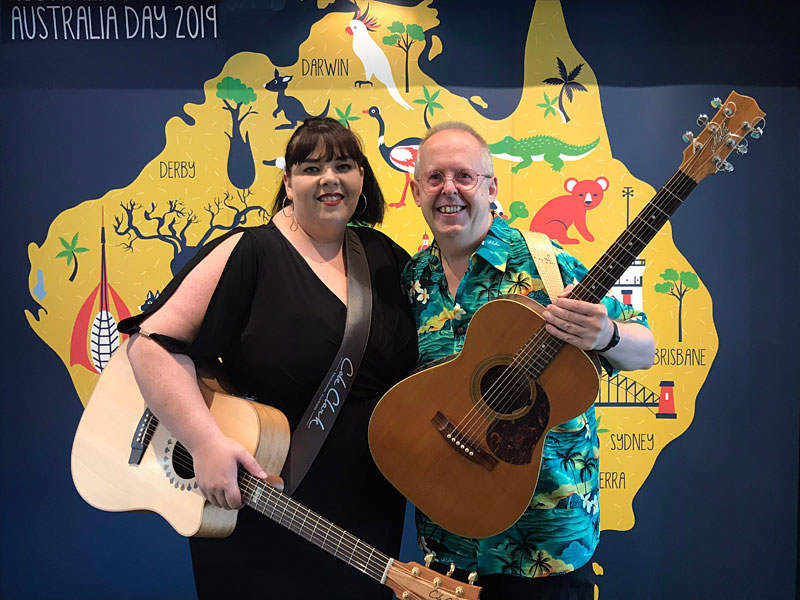 On special occasions, Bob enjoys being part of the 70s Unplugged & Electrified show. The video above is an excerpt of the guitar solo from the closing number featuring here:- Bob on lead guitar, Stephen Fisher-King on acoustic guitar, Jo Elms on guitar and vocals, Victor Rounds on bass, Greg Johns on drums and Greg Hooper on keyboards. The cheer squad is courtesy of Bob’s excitable niece Emma! 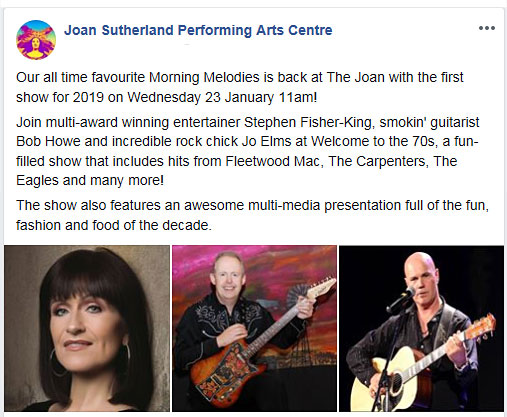 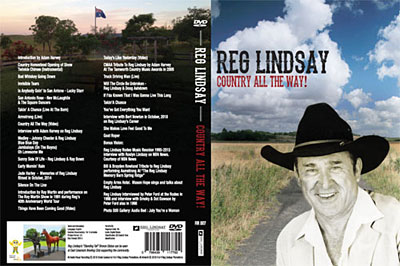 The Reg Lindsay – Country All The Way DVD is out now, containing highlights from both of his Logie-winning TV series (The Country & Western Hour broadcast from Adelaide and Reg Lindsay’s Country Homestead from Brisbane). Also included are many of Reg’s other television appearances and video clips, interviews with showbiz celebrities, and a photo gallery. Produced by Ros Lindsay, this DVD is a collector’s item and a fitting reminder of one of Australia’s greatest country music pioneers! The DVD is available at the Reg Lindsay website.

A personal note:- “Forty years ago, I was lucky to be playing in the band for Reg Lindsay’s Country Homestead. Every fortnight, Reg, Heather McKean, Pee Wee Clark and myself would fly to Brisbane and record two episodes in one day at the studios of QTQ 9 with a great team of local musicians. This new DVD is the first time any of those shows have been released. As well as all of the great music from Reg, I was delighted the DVD included the first time I ever backed Lucky Starr and also Doug Ashdown (even though I had opened for Doug in a folk club four years earlier in 1975). Whereas most of the shows were shot in the studio, two of my favourites were filmed on location. There are several songs here from the ‘Live At The Barn’ episodes, recorded in front of an audience at a Brisbane hotel. Pictured above left, you can see an aerial shot from inside The Barn with Doug perched on the edge of the stage next to Reg. Above right, you can see Pee Wee, Reg and yours truly. Happy memories!” – Bob