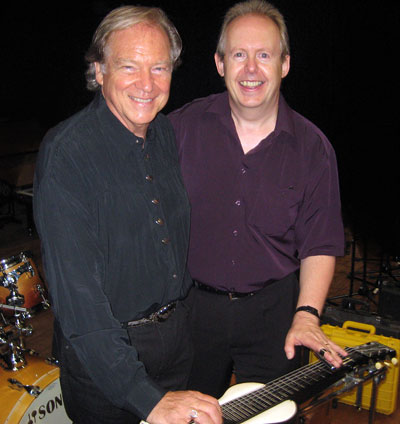 “About the same time that I took up the guitar, Australia’s chart-topping Instrumentalist ROB E.G. (Si Senor, Jezabel, 55 Days at Peking) had laid down his steel to become ROBIE PORTER, Australia’s all-time leading hit record producer (Daddy Cool, Marcia Hines, Tommy Emmanuel, Air Supply, Rick Springfield, Hush, Colleen Hewett and many more). Tonight I was delighted to welcome Robie back to the stage as a performer – the first time in Sydney for 42 years! The huge crowd at Canterbury Country loved his performance and, true to form, he also introduced another new local talent, Ben Ransom.

I’ve lost count of how many requests I’ve had over the years to play ’55 Days at Peking’ and it was an honour to play on-stage with the man himself.” 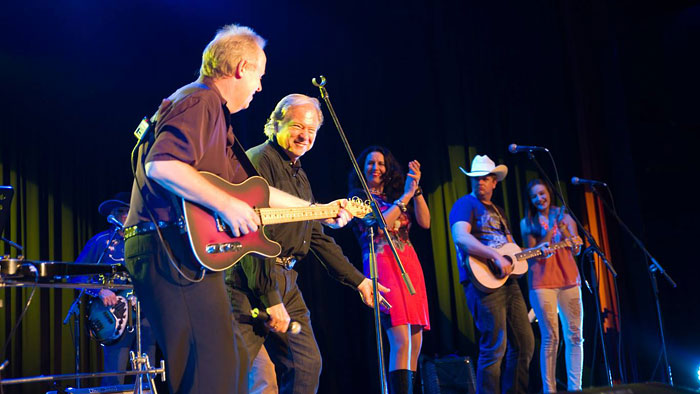 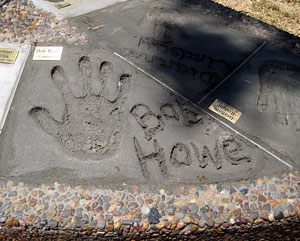 At the Hands of Fame Park in Tamworth NSW, Bob was inducted into the Australian Country Music Hands Of Fame along with Dianne Lindsay and Graham Rodger.

Bob started the day with a live radio interview with John Nutting on ABC North Queensland, talking about the Tamworth Festival and the events of the day. Then on to the Hands of Fame Park…

The ceremony was hosted by noted writer/broadcaster Jon Wolfe, one of the directors of the Australian Country Music Foundation. Bob, Graham and Dianne imprinted their hands in the cement and then inscribed their names with special quills, handmade from Tasmanian Blackwood by Noel Smith along with a Tasmanian Oak base and a presentation bag by Dawn Smith).

“I am so delighted to be included amongst all of these fabulous names and so many pioneers. As I walked around the park I reminisced about so many of the handprints of artists that I have played guitar for over the years…I got to 110 and then I lost count!” – Bob 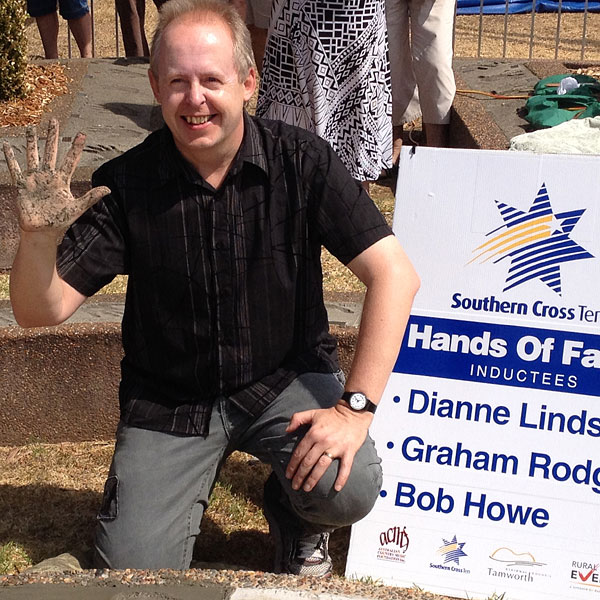 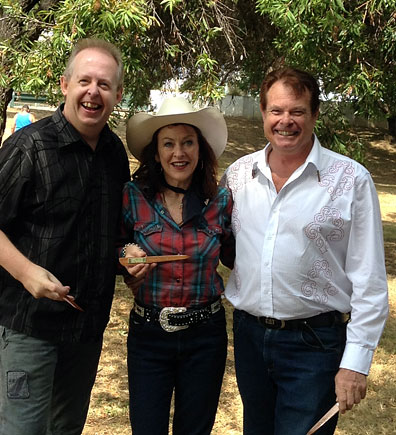 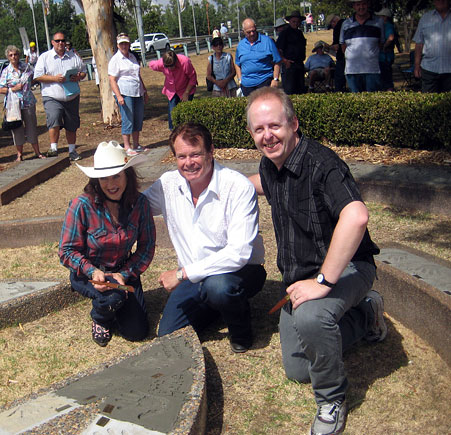 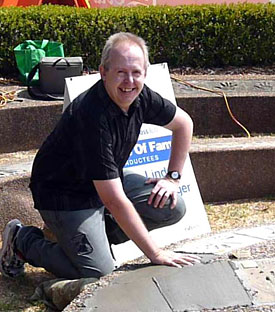 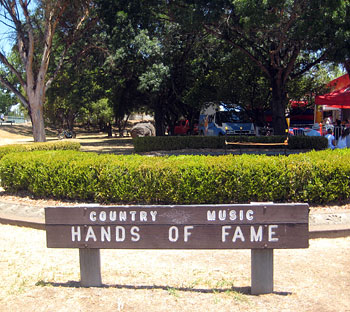 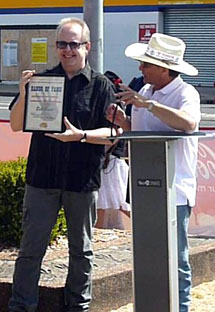 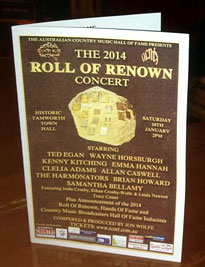 At the Roll Of Renown concert at the Tamworth Town Hall this afternoon, Bob was named one of this year’s inductees to the Australian Country Music Hands Of Fame. The imprinting of the inductees takes place at the Hands of Fame Park, on the corner of Brisbane Street and Kable Avenue commencing at 10:30 am (after the Cavalcade) on Saturday 25th January.
“I am very honoured and looking forward to being in Tamworth on Saturday morning to put my imprint in the cement. Congratulations to fellow inductees Dianne Lindsay and Graham Rodger and thanks to the Australian Country Music Hall of Fame, Tamworth Regional Council and everyone I’ve worked with over the last 40 years. Cheers, Bob! “ 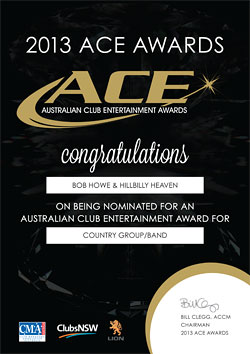 The 16th Annual ACE Awards will be held on Wednesday 19th March 2014, at ‘The Juniors’ in Kingsford. 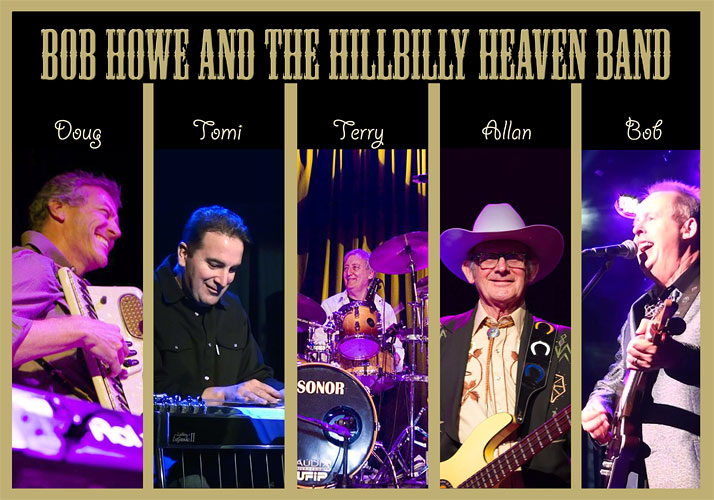